Hello gamers. Winter Fantasy starts in less than two weeks and for those who are going to be attending there are some interesting, educational, and fun events going on outside of the gaming you can do. Every one of these events will be held in the seminar area in the main hall. 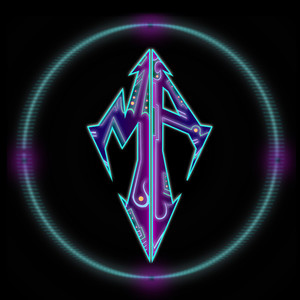 Maze Arcana Live Gamecast (5pm-9pm): Join the creators of Maze Arcana, Ruty Rutenberg & Satine Phoenix, and the launch of their new livestream alongside their “Peanut Gallery” cohorts — Bill Benham, Chris Lindsay, and Travis Woodall — as they set off on an epic adventure around Eberron en route to uncover the rampant reemergence of the aberrant Dragonmarks, its prophetic nature, and a new source of arcane magic that many would kill to learn and some want only to destroy. With the moniker of “Peanut Gallery” they might not even make it to the storyline…

Heralds Guild of DM’s Member Meeting (5pm-6pm): Come join us for what exciting plans the Heralds Guild has in store for 2017 and beyond. We will also be announcing our DM’s that have been voted into Level 4 status by their peers, our DM of the Year award, and more. Finish your afternoon game, grab some food, and bring it back for a fun hour of watching Dave can company squirm up on stage.

Election in Phlan (5:30pm – 6:30pm): Come listen to those characters vying for election to the position of Chancellor of Phlan and cast your vote for the NPC you think will be the best new leader of Phlan. Those with the proper certificate from the Phlan Trilogy need to register their intentions to run for Chancellor of Phlan. You will need to do this at HQ no later than Noon on Saturday. The first 30 minutes of this event will be opening statements from candidates vying for election. After this anyone is free to speak for any of the three candidates for the leader of Phlan. An open vote will follow with all present. There are two ways to vote.

Charity Raffle (Slot 6, 8 & 10): We will also be holding a charity raffle onsite only for exclusive DDAO tickets in Slot 6, 8, and 10. Basically you buy a raffle ticket, and at the start of each slot we draw one and that person’s normal ticket magically becomes a ticket to one of the DDAO events.

All proceeds benefit The American Cancer Society in honor of Jamie Tachiyama.

If you’d like to stay in touch you can register for our mailing list & news letter here. We’ll see you in less that two weeks at Winter Fantasy for all kinds of great games, gatherings of old friends and new, and as much fun as we pack into a long weekend.